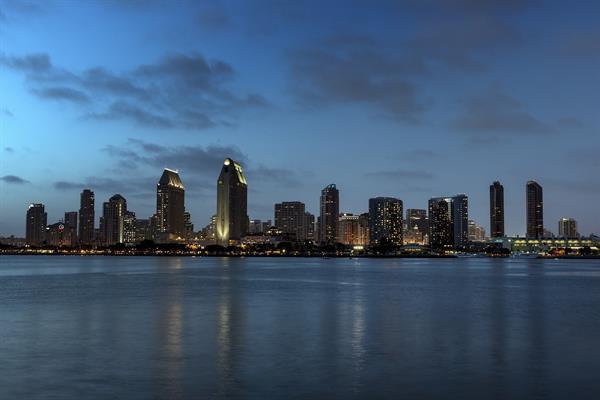 The NSUF Users Organization will hold its annual meeting to update users on NSUF research and facility capabilities as well as act as a venue for users to voice concerns. The event will take place after the annual TMS meeting in order to make it even more convinent for NSUF users. Discussion topics will include:NSUF Program Office updatesRecent partner facility updates Panel discussion with NSUF Program Office staff to discuss what is and isn't workingNSUF research project updatesIf you have questions about the event please reach out to Peter Hosemann or Tiffany Adams. REGISTER NOW »

DOE-NE has released Amendment 003 to the FY2020 Consolidated Innovative Nuclear Research (CINR) Funding Opportunity Announcement (FOA). The purpose of this amendment is to: (1)  Clarify readiness requirements for NSUF-1.3 applications with this statement: “The NSUF readiness requirements are applicable to all NSUF funded workscopes (Reference Table 1. FY 2020 Work scope Overview) with the exception of NSUF 1.3: NUCLEAR MATERIALS DISCOVERY AND QUALIFICATION INITIATIVE. Applications in the NSUF 1.3 work scope may include preliminary materials fabrication and characterization within the context of the work scope. Other than this noted exception, NSUF will not support preliminary fuels, materials or instrumentation development work,

Materials scientist Colin Judge may have just recently joined Idaho National Laboratory, but his knowledge of the lab goes back 10 years. He estimates that off and on he spent three months of his career at INL before taking his current assignment in September.Judge came from Canadian Nuclear Laboratories in Chalk River, Ontario, where he was a research scientist in the Materials Science branch. His association with INL goes back to 2009, when he sought to examine CANDU reactor fuels and materials using focused ion beam (FIB) and transmission electron microscopy (TEM) equipment at INL’s Materials & Fuels Complex (MFC).With

From Users Organization Chair, Peter Hosemann:Thank you to all who voted in the Users Organization Executive Committee election. I’m excited to welcome our newest members. Their terms will begin January 2020. Secretary/Chair Elect: Gabriel Meric de BellefonGabriel has been an active user of NSUF since 2017 working on three Rapid Turnaround Experiment (RTE) projects at four different NSUF facilities. Gabriel currently works at Kairos Power leading the irradiation testing of structural materials of the fluoride salt-cooled high-temperature reactor. NSUF PROFILE  »LINKEDIN PROFILE  »  Committee Member: Daniel LaBrierDaniel is not new to the Users Organization Executive Committee; he previously served as a student committee

How to Be a Better Scientific Communicator

Once research is done, there is still an opportunity to communicate the impacts of your research to a broader audience.

Scientific communication is all about the message, that is, one that resonates with people and explains the impact that research will have on their lives. For Dan Ogden, it’s all about framing the appropriate message for the given audience. For Simon Pimblott, it’s all about explaining science to the Nuclear Science User Facilities (NSUF) foremost stakeholder — the public. For Jeff Benson, it’s all about the cool factor.These varying concepts of what scientific communication is all about represent the gamut of approaches that researchers often consider. But they also come from a common source: they all touch on the reality

The University of Michigan's two NSUF partner facilities offers NSUF users access to extensive capabilities to study the effects of radiation as well as conduct high temperature mechanical property, corrosion, and stress corrosion cracking experiments on neutron irradiated materials in an aqueous environment to characterize the fracture surfaces after failure.

Michigan Ion Beam Laboratory The Michigan Ion Beam Laboratory in the Department of Nuclear Engineering and Radiological Sciences at the University of Michigan has developed extensive capabilities in the use of accelerators directed towards the study of radiation effects by emulating neutron damage in nuclear reactor materials.  The laboratory also provides a wide range of capabilities for both surface modification and analysis.   Facilities include: A 3 MV Pelletron Tandem accelerator that can provide ion energies up to 6 MeV for single charged ions and to higher energies that depend on the ion charge state. Ion sources include a Torvis high current proton source, an

From the Users Group: Vote for Your New Executive Committee 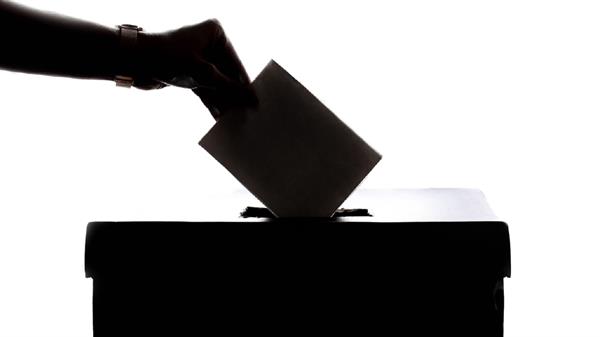 The goal of the Users Group is to provide a formal and clear channel from the NSUF users to the NSUF program office as well as advocate for the experimental activities at NSUF, and the Executive Committee helps facilitate this.

Thank you to those who submitted their nominations for the Users Group Executive Committee. We received excellent nominations for the User organization board and encourage all NSUF users to vote. Our election is now open. Please submit your votes by 10/31. Thank you for your commitment to NSUF! To vote, please go to www.surveymonkey.com/r/C5PRW3D.If you have questions about the Users Group, please contact chair Peter Hosemann. 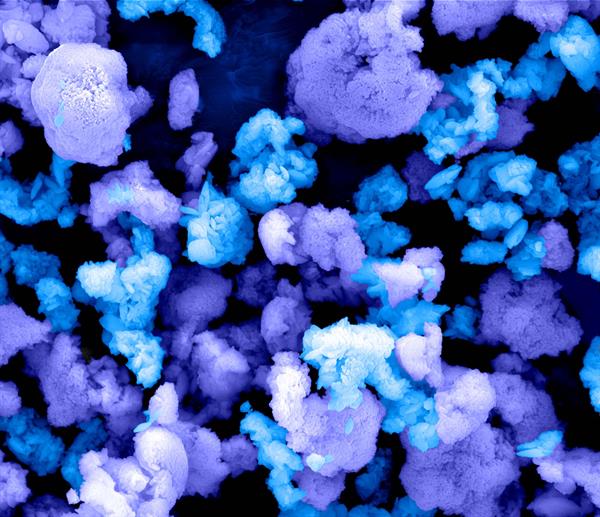 While both are chief scientists for NSUF, Brenden Heidrich and Simon Pimblott took different paths to get here.

The two chief scientists for the Department of Energy’s Nuclear Science User Facilities (NSUF) program both chose to pursue nuclear research early in their careers, but they did so in different ways. Brenden Heidrich, NSUF’s chief irradiation scientist, has always been interested in technology. Growing up, he was into cars and stereos. After joining the navy, Heidrich operated naval nuclear reactors for six years before going to college, working on the USS Enterprise for four years, saying his time in the Navy was a “strong impetus to get into nuclear.” Meanwhile, Simon Pimblott, NSUF’s chief post-irradiation scientist, forecasted his future at a 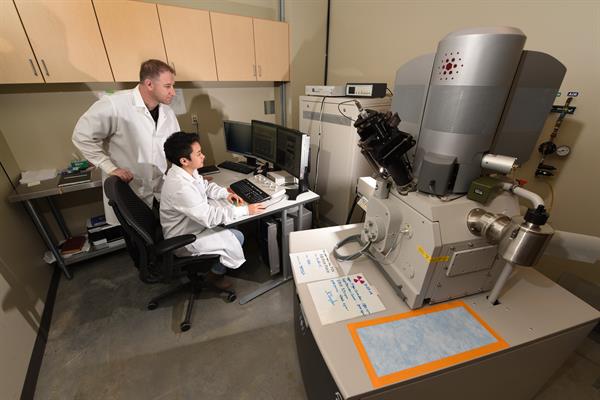 Awards will go to 22 principal investigators from universities, six from national laboratories, and three from foreign universities.

IDAHO FALLS -- The U.S. Department of Energy - Office of Nuclear Energy (DOE-NE) Nuclear Science User Facilities (NSUF) has selected 31 new Rapid Turnaround Experiment (RTE) projects, totaling approximately $1.1 million. These project awards went to 22 principal investigators from universities, six from national laboratories, and three foreign universities. The FY 2020 first call is also now open for proposals. More information is available on the RTE page on nsuf.inl.gov. The NSUF competitively selected these projects from a pool of high-quality RTE proposals submitted during the solicitation period. Each proposal was evaluated based on a variety of factors including technical approach, mission relevance, and scientific-technical merit. The NSUF, managed by

How to Write Better Proposals: Awareness, Specificity and Brevity 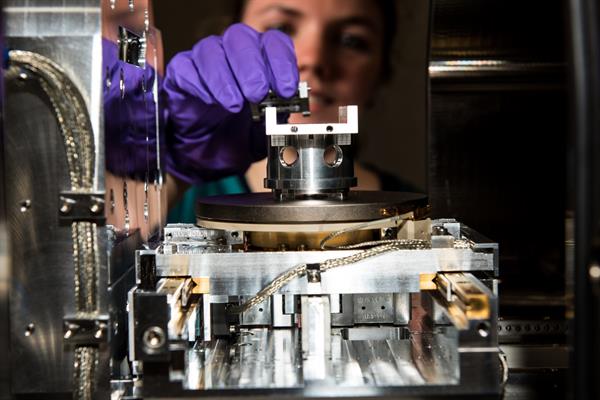 First, it started with the Advanced Test Reactor in 2007. Then came the Massachusetts Institute of Technology Reactor in 2008. Then it expanded to include additional Idaho National Laboratory facilities in 2009. Now the Nuclear Science User Facilities (NSUF) program boasts 50 cutting-edge facilities (and growing!) across 20 institutions. Want to reap the benefits of this no-cost user program?To be accepted for a project award, the NSUF Program Office urges prospective users to do their homework before applying — whether that’s familiarizing yourself with the websites for NSUF or Department of Energy’s Office of Nuclear Energy (DOE-NE) or even getting in 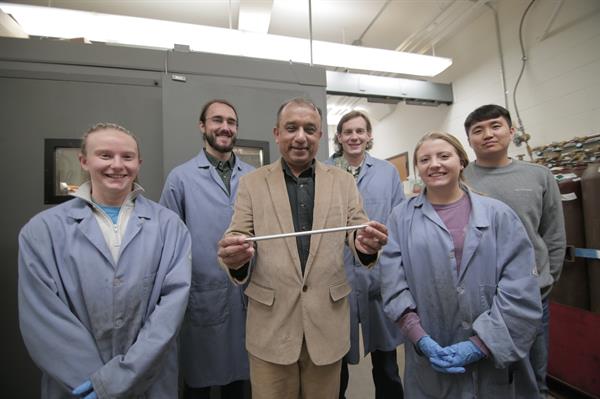 Sridharan's research team put the NSUF's first material samples into the ATR, launching a new era of research into the behaviors of fuels and materials in a nuclear reactor environment.

Professor Kumar Sridharan and his colleagues at the University of Wisconsin-Madison helped kickstart the Nuclear Science User Facilities (NSUF), formerly known as the Advanced Test Reactor (ATR) National Scientific User Facility in 2007. The team put the organization’s first material samples into the ATR, launching a new era of research into the behaviors of fuels and materials in a nuclear reactor environment. His research partners included university colleagues Lizhen Tan (now at Oak Ridge National Laboratory), Yong Yang (now at the University of Florida, Gainesville), and Heather MacLean Chichester of Idaho National Laboratory, where the Advanced Test Reactor is located. A decade 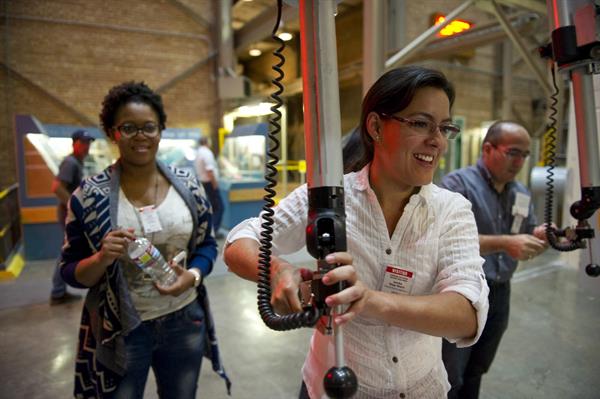 The goal of the Users Group is to provide a formal and clear channel from the NSUF users to the NSUF program office as well as advocate for the experimental activities at NSUF, and the Executive Committee helps facilitate this.

The NSUF Users Group Executive Committee has several open seats, including one secretary/chair elect, two committee member positions, and two student members (graduate students only). To fill these positions, the Users Group is currently accepting nominations and will hold an election in October. Nominations are open to all NSUF users, and users can nominate themselves for multiple positions. Voting will take place from October 1-31 and will be announced via this newsletter and on the NSUF website.The goal of the Users Group is to provide a formal and clear channel from the NSUF users to the NSUF program office as well as advocate for the experimental activities at 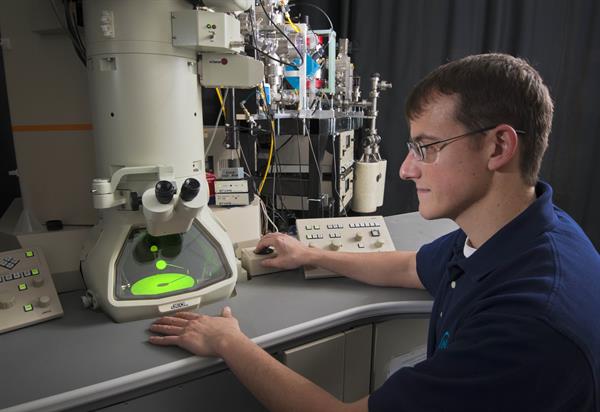 The first cycle of the Rapid Turnaround Experiment (RTE) award process is expected to open on 10/1 and close on 10/31. RTEs offer an avenue for researchers to perform irradiation effects studies of limited scope on nuclear fuels and materials of interest utilizing NSUF facilities. Completion of RTE projects is expected within 9 months of award. Prospective researchers are strongly encouraged to request samples from the NSUF Nuclear Fuels and Materials Library. RTE proposals are solicited and awarded three times per year. They are reviewed and evaluated for technical merit, relevancy, and feasibility. The number of awards is dependent on the availability of funding. Further explanation of the 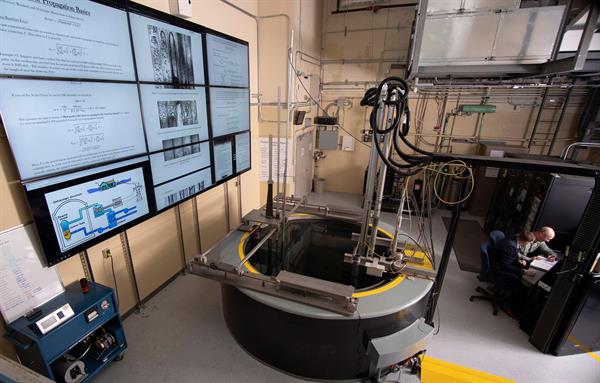 This infrastructure program, a part of the Consolidated Innovative Nuclear Research (CINR) program was established to continue to strengthen U.S. competitiveness in nuclear R&D and ensure that American universities have the best equipment and tools available to educate the next generation of industry leaders. 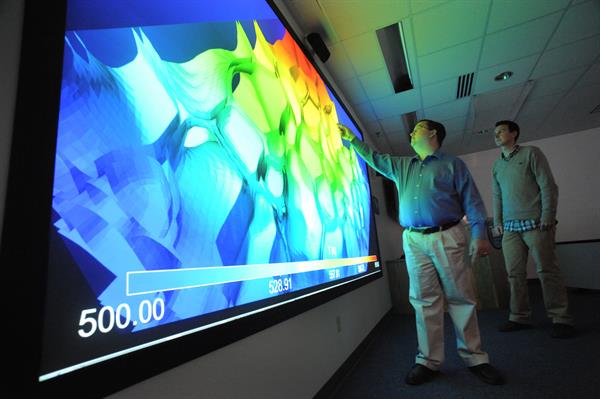